CHATTANOOGA, TN–  In the September 2020 issue of Swimming World Magazine the Baylor School Boys ranked 2nd, the girls finished 4th, and took 1st in the combined Mythical National High School Championships:  Best of the Decade (2010-2019).  Swimming World compiled the top high school times over the last decade (2010-2019) to create a time based national championship heat sheet.  They have broken down team scores into both public and independent school divisions. 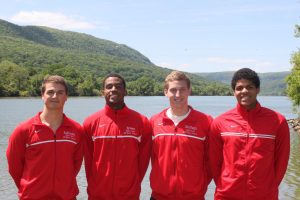 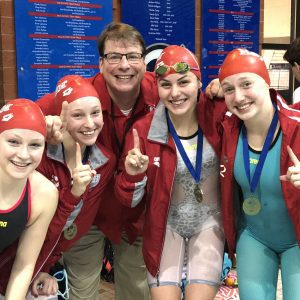 On the girls’ side, Kristen Vredeveld (’13) appears on the mythical heat sheet in both the 50-yard freestyle and 100-yard freestyle events that took place in the 2011-2012 season.  Vredeveld was also a part of Baylor School’s National Independent High School Record in the 200-yard freestyle relay.  Kristen Vredeveld (’13), Bria Deveaux (’12), Kimberlee John-Williams (’13), and Ashley Yearwood (’12) blasted a 1:31.18 in 2012 to claim the national record. The Baylor School Girls 200-yard Medley Relay team from 2018 of Ellie Waldrep, Jewel Gordon (’20), Addison Smith (’19), and Callie West are also in the heat sheet seeded in the championship final of the event.  Finally, current Baylor School senior Ellie Waldrep appears on the heat sheet in the consolation finals with her time of 52.42 in the 100-yard backstroke from 2019.

The complete mock heat sheet of the Swimming World Boys’ and Girls’ Mythical National High School Championships based on the top times swum during the last decade 2009-2010 through 2018-2019 high school seasons can be found at the link below.